An Art Lesson We Can All Appreciate

Let’s get one thing out of the way in order for this all to make sense: we’re all artists. Whether you’re building a fundraising program, crafting a legal argument, starting a new business or designing a parking lot, we all dabble in the use of creativity to make things work.

And there’s one thing that artists need to do time and time again, in order to survive, that’s often unnoticed by us mere mortals. Put simply, they have to disown their work. It sounds harsh – if not confusing – so let me provide a couple examples.

This is the ceiling of the Sistine Chapel – arguably one of the greatest works of art in history. Anyone would be proud to say they played a part in its creation, and rightfully so. Unfortunately, that is rarely the case with an artist’s work. Fast forward to 2010… 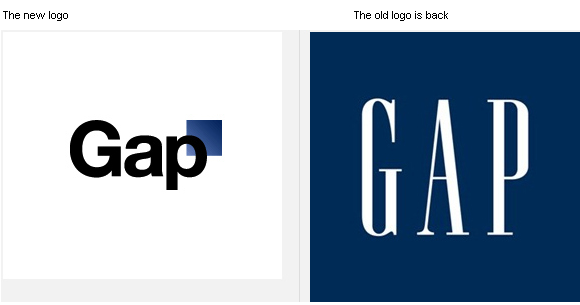 …and let’s take a look at the crash-and-burn that was The Gap’s attempt at a new logo. The design lasted for less than a week, but in that time it became a laughingstock of not just the design industry, but people from all corners of the Internet.

And that’s not a rare case – entire articles have been written on graphic design or commercial art gone wrong. Artists have come to expect spending all day, making something that’s likely to be devalued, criticized or downright rejected. So how do these artists get out of bed every morning, knowing the odds of rejection aren’t exactly in their favor?

They separate themselves from – or disown – their work. They understand that, as soon as their work enters the public, it can be the subject of swift (and often harsh) criticism. Their opportunity for expression is now nothing more than a commodity. Over time, the greatest artists build a callous to it and can be both passionate about their work, and realistic in understanding its commercial value.

We can all stand to learn a bit from their experience. As much as we may pour our hearts into our work, and think that it’s going to change the world, the world must ultimately make that distinction. If your legal argument flops, your business venture tanks, or if your fundraising program falls short, don’t take it personally. Don’t let it reduce your resolve or pollute your ambition. Doing so will never make the next attempt any better.