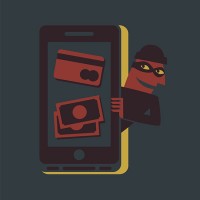 Hacked social media accounts are so common that Facebook, Twitter, LinkedIn, and just about every social networking site actually have long had SOPs for this. While the sites insist they constantly update security, users need to take better care of their accounts and make them less vulnerable to hackers.

Businesses must protect their social media accounts as closely as their financial ones. At the very least, they need to take basic steps, such as frequent password changes IT staff have long urged. CMOs and marketing staff understand a brand needs to be safeguarded along the same lines as identity protection; indeed, ID protection services work on the premise that a person’s name is as valuable as a brand. Here are examples of what happens when brands are compromised on social media:

The hackers continued to post for another hour and 15 minutes until Twitter shut down the account. Even after it was restored four hours later, the bogus tweets remained, including a plug for McDonald’s short-lived Fish McBites. It took another three hours to remove them, according to the Chicago Tribune, which noted BK had the presence to welcome thousands of new followers it gained during the hack.

The very next day, hackers took over Jeep’s Twitter account. This time, they continued to tweet under Jeep’s name and changed the bio to read “The official Twitter handle for the Jeep® — Just Empty Every Pocket, Sold To Cadillac.”

Minnie Mantlez at Short? Say It Ain’t So!

In June 2012, the Facebook pages of several Major League Baseball teams were hacked. The New York Yankees’ page posted that All-Star shortstop Derek Jeter was planning to have sex reassignment surgery. (He would return in 2013 as “Minnie Mantlez.”) Other MLB team pages included a free pitbull giveaway at that night’s Miami Marlins game and a very rude comment about comedian Bill Murray, purportedly by the Chicago Cubs.

How to Stop Social Media Hacks

Most hackers are passionate hobbyists who see security as challenges to overcome or anticipate. CMOs need tools that safeguard their company’s social media accounts. Writing for Forbes, Steve Garrity, cofounder and CTO of the marketing and sales software firm Hearsay Social, says the Twitter hacks could have been avoided if the companies had adopted deep enterprise architecture designed to quickly recognize, block, and report attempts for improper posts. Here are some examples:

Many smaller companies that don’t have staff to setup and run these tools use social media management software that allow them to cross-post and schedule posts to various sites. Marketing staff must be properly trained to use them.

Back in 2011, a Red Cross staffer accidentally mixed up her personal Twitter account with the organization’s account on HootSuite and tweeted a photo of aid workers relaxing over beers. The staffer blamed it on her own lack of HootSuite skills; happily, the Red Cross handled it well and the employee survived the debacle. “We are an organization that deals with life-changing disasters and this wasn’t one of them,” its social media director told Mashable. “It was just a little mistake.” But it could have been a lot worse.