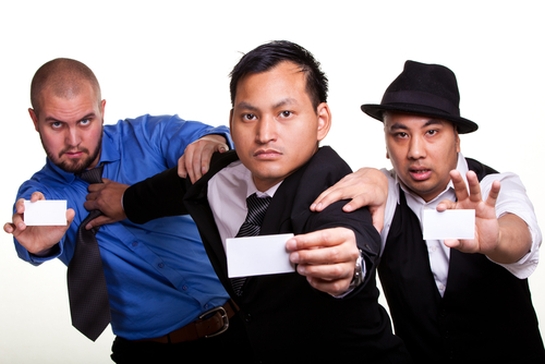 At any business networking event you attend, there always seem to be the same personality types:

Now picture this event going on 24/7, with people from all over the world showing up. That big party is social media, and the same personalities seem to dominate it. Like most marketers, you probably want to follow the latter, since they’re the ones that seem to be having the most fun. In the real world, just as online, being approachable and showing more concern for your audience than for your business actually grows your business. So, how do you do it well?

1. Have a conversation, not a sales pitch. When a tweet, blog post or Facebook photo allows you the good fortune of a follower response, don’t screw it up by trying to turn it into a sale. Look at your conversations as an opportunity to help people, not as an opportunity for you to help yourself. Keep the conversation going, remembering that they took time out of their day to engage in a conversation that they really didn’t need to. They should left feeling glad they did.

2. Use casual language. Overly esoteric, sales-y or generic messaging will only make you seem distant. Save that stuff for your company brochure, then light it on fire and promise to never do that again. Audiences have had enough of that, and want someone they feel understands them. someone they can relate to. Remember, you’re communicating through a computer. It’s hard enough not to sound like a robot.

3. Don’t be afraid of humor. We all know that professional services work on pretty serious stuff. Law firms, real estate developers, accountants, healthcare professionals, associations…not often is their work considered light-hearted or even funny. But that doesn’t mean that you should be stern and somber in your marketing. In fact, adding some humor in your social media content will help ease the apprehension of your target audience in hiring you. Hell, they may even look forward to it! Just make sure it’s relevant and doesn’t offend.

4. Use it to manage crises. Every single company makes mistakes and, a lot of the time, those mistakes become public knowledge. Instead of taking a week to craft a Pulitzer-worthy press release, use social media as a way to reach out to your audience and let them know you care. An immediate response goes a long way in maintaining your brand, reaches almost your entire audience in one fell swoop, and it allows your audience to voice their concerns directly to you instead of among themselves. We all know that is a recipe for disaster.

5. Focus on the brand, not the sale. Social media marketing is just that – marketing. There’s a reason it’s not called social media sales. You’re not there to close a sale – your purpose on social media is to build your brand. Communicate, make people feel important, and don’t take them for granted. Remember that online, you’re not just in competition within your industry – you’re in competition with everything else online that your audience could be doing instead of listening to you.