How Mobile Marketing Can Revolutionize Your Brand 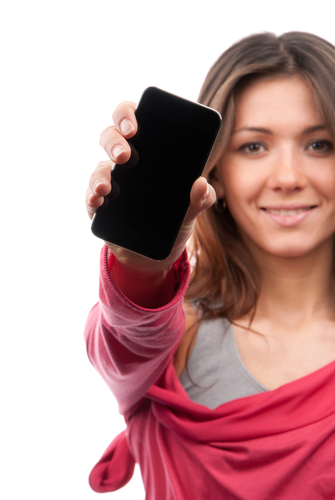 Since the invention of the television, people have been turning to their favorite screens to immerse themselves in world news, great storytelling, and – one way or another – paid advertisements. Even toddlers learn early on to brace themselves for messages from the sponsors that bring them their daily fix of “Sesame Street.”

As our lifestyles grow more and more mobile, however, the popularity of the television as an advertising medium has arguably already peaked. Web-savvy soothsayers are telling us that the winds are changing and that brands need to look elsewhere for marketing tools to help them stay relevant. In other words: mobile marketing is the future, and it’s here today.

In some respects, the “why” of it is already apparent. Smartphones and tablets continue to soar in popularity; in fact, owning a mobile device is enough of a foregone conclusion for most people that the only real question that remains is not “when should I buy one?” but instead “do I go with Android or iOS?”

ABC News recently reported that more than half of all Americans own a smartphone. In May of 2011, that number was just 35%, indicating that this is nothing short of an ongoing and revolutionary change.

What this means for marketers is that there are new opportunities and challenges when it comes to reaching out to prospective customers.

One of the world’s most popular websites – and the site most likely to prove what can be gained from a mobile-first approach – is YouTube. YouTube users consume millions of hours of video every year, and recent studies have revealed something particularly interesting: more than 40% of YouTube’s traffic comes from mobile devices.

This marked shift in behavior is a mirror of larger trends: people everywhere are interacting with their favorite websites and brands – not to mention their friends and family – in new ways. Pinterest, Facebook and Twitter have all been reporting similar findings: they are becoming predominantly mobile-focused properties.

What you’re asking yourself by now is “what does this mean for my brand?” For better or worse, marketers everywhere are going to be facing challenges going forward. It begins with knowing your audience – and prospective audience – very well. It goes without saying that the time spent on mobile devices is at a premium – more so than, say, the time spent on a desktop. Appreciating customers’ limited time, then, is of paramount importance.

To that end, advertisers have tasked themselves with creating marketing content that is both bite-sized and thoroughly shareable. Verizon Internet is a great example of this; they’ve managed to turn their YouTube channel into a place that people associate not with advertising, but with fun. It’s that kind of mass-appeal virality that brands everywhere will need to learn how to create, if they’re to survive in our increasingly mobile-focused world.

Here’s something else to remember: it would seem the death of email marketing has been highly exaggerated. With recently published statistics indicating that 30% of consumers now read their email exclusively on a mobile device, there are plenty of opportunities for brands to work that behavior to their advantage.

With the focus of the average marketer shifting to targeted ads on Facebook and promoted tweets on Twitter, it could be easy to forget the power of a quality email marketing campaign. What we’re talking about here is the so-called “funnel” process, and it’s integral to success with mobile marketing.

It goes something like this: ads catch the attention of would-be customers, and permission-based marketing (email) helps to retain them as customers. The content that drives that process? That’s up to you.

About the Author: Michelle Smith is a freelance writer with a focus on social media and marketing. She can be found typing away on her laptop in sunny Boca Raton, Florida. Michelle welcomes your feedback via email.