By Patrick KingMarch 31, 2021No Comments 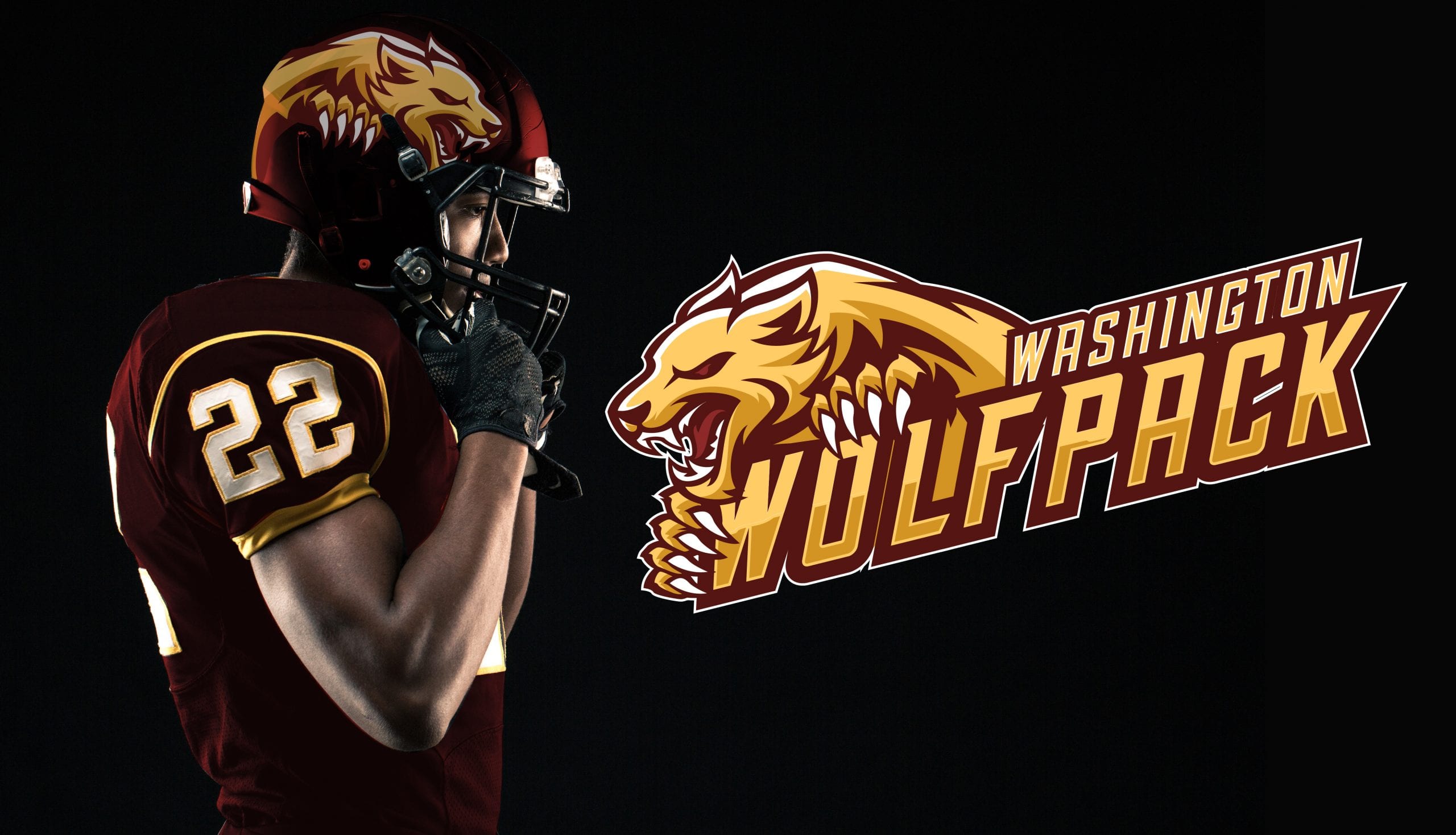 Starting in the 2022-2023 season, the team will be known as the Washington Wolfpack.

Imagine has recently announced its unveiling of a new team name and rebranding for the Washington Football Team.

“We have put our heart and soul into creating a new persona that reflects the history of our area, as well as an exciting team name and mascot we can all support,” said Imagine founder Patrick King.

“We are pleased to present this new brand to Washington Football fans. The Northern Virginia area was once home to both red and grey wolves,  so there is a historic connection,” said Director of Strategy Lee Brinckley. “Since there is no NFL team with wolves, we felt this was a perfect tie-in to the past and allowed us to introduce a mascot that is underrepresented in professional football.”

As part of the rebrand, the logo (currently a type treatment of the team’s name) will be replaced with the new mascot – a burgundy and gold wolf.

The team’s former Redskins branding, used from 1933 until 2020, was one of the leading examples of the Native American mascot controversy as the term “redskin” has been defined as offensive, disparaging, and taboo. Various people and groups, such as the National Congress of American Indians (NCAI), considered the name a racial slur and attempted to get the team to change it for decades. Supporters of the name countered both the dictionary definition of the term and the testimony of Native Americans by asserting that their use of the name was intended respectfully, and referred only to the football team and its history.

Founded in 2004, Imagine is a branding and marketing agency that specializes in tourism, hospitality, economic development, and practical jokes. To learn more about Imagine’s work, please visit https://imaginedc.net.