In Memoriam: The Most Interesting Man in the World

His passport requires no photograph. Once a rattlesnake bit him, after 5 days of excruciating pain, the snake finally died. He once threw a party so exclusive, even he wasn’t there. He once brought a knife to a gunfight, just to even the odds. “The Most Interesting Man in the World” was Dos Equis’ equivalent of Chuck Norris – outlandishly talented, charming, and stronger than any force in the universe. He didn’t always drink beer, but when he did, he preferred Dos Equis.

The actor that portrayed this mystery man isn’t Hispanic. In fact, Jonathan Goldsmith hails from Manchester, Vermont. That didn’t stop him from making the “Most Interesting” persona one of the most memorable – and commercially successful – characters of our time. Sales during the ten-year run often broke 20% growth, while the rest of the industry was seeing less than 5%. The campaign’s cultural impact was felt as well (I challenge you to show me someone that’s never seen one of those “I don’t always…” memes). 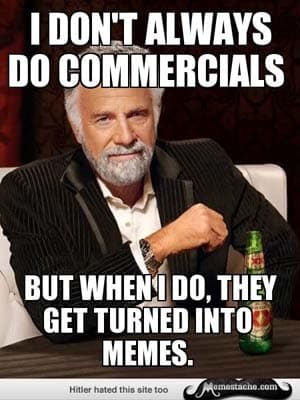 I’m sure you’re probably saying to yourself “but there’s a new “Most Interesting Man”; what’s up with all this past-tense?”. And in part, you’d be right. But there’s one part that’s missing – he’s just not that interesting (and also not hispanic – actor Augustin Legrand was born and raised in northern France).

The most recent commercial with our new man of mystery has racked up about 14,000 views over the past three weeks. Another spot, posted 6 months ago, got 95,000 views. Those may seem like decent numbers, until you compare them to the over 3 million views the ads with Mr. Goldsmith produced. Even Heineken’s share price (Dos Equis’ parent company) started to take a hit at the end of the old campaign.

Is it the actor? Is it the content of the new ads? Whatever the cause of this disenchantment is, one thing is clear – Dos Equis has become a lot less “interesting”, and the only clear course of action is to develop a new campaign, and fast. Because while beer drinkers will undoubtedly “stay thirsty”, it appears that they’re getting thirsty for something else.