Is this marketing or a rodeo? 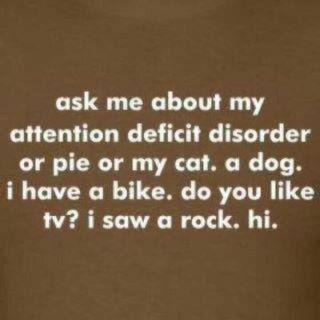 Seriously, 8 seconds? That’s what studies tend to claim as the average attention span of American adults. That’s one second less than the typical goldfish.

While that concept alone makes a bold social statement, it also poses an obvious challenge for marketers. How does a company get their brand, message, promotion and contact information over to someone before they check out?

The solution: simplify. By removing the unnecessary, brands are able to tell a story, show their company’s personality, even create viral marketing in mere seconds. With sites like Vine (and the new video feature on Instagram), you’re not given a lot of time to play with, so you have to make each second count. And while it’s taking some a bit longer for some to work in six-second time constraints, some seem to have caught on quickly.

But after all, this is nothing new. We’ve been condensing our message and creativity since the concept of marketing began. The internet and other easily accessible media only accelerated it. For instance, if your email title doesn’t grab the attention of its recipient, it won’t even be opened. If your website doesn’t hook your visitor within four seconds, they leave. It takes more than four seconds for most people to read 20 words.

That’s some serious pressure for designers, marketers and strategists, but the solutions they create have been quite impressive.

What else could you be doing to get your message across in lightning speed?