“So you want to be a designer?”

Last week, tens of thousands of teens graduated from high school. Some of them have decided that high school wasn’t enough abuse, so they’re preparing to make the next step into college. If you know one of these that are going into college with the hopes of becoming the world’s next rockstar graphic/interior/fill-in-the-blank designer, I ask that you share this article to help them get the most out of the next few years.

In college, you will learn all about the rules of light, color, line, shape, texture, software, bad pickup lines and good beer pong, but you’ll probably miss learning about client expectations, micro-management and the need to pull ideas out of your butt within a second’s notice. Don’t lose hope, though; here are some ways to get yourself ready. 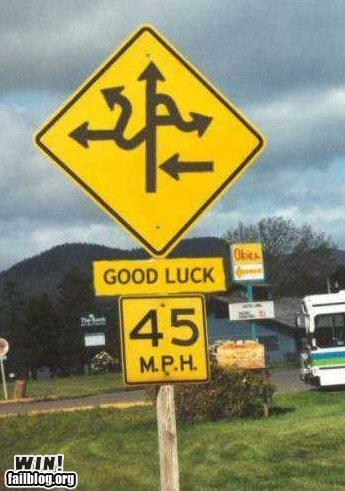 1. Freelance. I’m not saying you should hit up your friends and family – you won’t get real-life experience that way. Instead, hit up Craigslist, jump on some crowdsourcing sites like Guru.com, Elance or SimplyHired. Frankly, it’s best if you try to get work from companies or individuals that have no clue who you are. In doing so, you’ll focus more on building a relevant portfolio and you’ll learn how to stand out in the sea of other newbies.

2. Sell your stuff. I don’t mean putting your PS3 on eBay. I mean taking advantage of sites like CafePress and Zazzle to sell your designs. By promoting your work this way, you’re giving people an opportunity to select and own the work that they like, giving you an idea of what people take to without knowing you. A couple disclaimers, though: first, you are not going to make a ton of money. That’s not the point. Second, just because someone likes it on a shirt, doesn’t mean someone else will like it on a brochure. This isn’t intended to narrow your style; instead, it’s a way to develop new ones.

3. Knuckle down. Anyone that’s going into this industry convinced that they’re the next Shepard Fairey, Saul Bass or Milton Glaser within five years is bound for disappointment and an abrupt career change. Truth is, in order to amount to anything as a designer, you have to work hard – very hard – and push yourself with every project you get. Drawing pictures all day may sound like a gravy job, but it’s not. The only way you’re going to prosper – yet alone survive – as a designer is with dedication, a bit of mild to moderate insanity, and a hunger to learn and bust your ass.

4. You aren’t your work. I’ll be honest, starting out, your work right out of college isn’t going to be worth much. In fact, a lot of it is going to suck. Be ready for that. Teachers and fellow students will critique the work you do in college, but bosses and clients will dismiss it as garbage. You’ll need to bounce back from that instantly to grow as a designer. The sooner you’re able to separate yourself from your work and realize that it’s going to be viewed as a simple commodity, the longer you’ll survive. If you’re able to do so and still pour your heart into your work, you may have what it takes to be the world’s next rockstar graphic designer.

Now, I know there are tons of other ways to get real-life experience, and realistic expectations of a career in design. If I’ve missed any, please post in the comments…