What’s the Point in Using Google+? 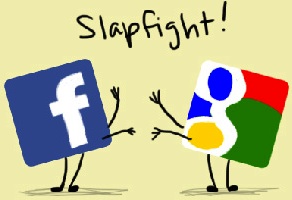 From day one, Google + has been the butt of (often very funny) jokes from tech experts and social media novices alike. Lacking the boom in popularity seen with other social sites (Instagram, Pinterest, etc.), and with casual users already connecting with one another on other sites, a lot of people write Google+ off as a failed, unnecessary concept that launched too late. So, should we just dismiss it and move on?

Not necessarily. If you expect it to be another Facebook, then yes, you’re wasting your time on there. Facebook has its own approach, and copying that concept would be a waste of time for Google or anyone else. To get the benefits of Google+, you have to see it as something different entirely. Here are some “plusses” (sorry, I had to) that Google+ has that other sites don’t.

1. Search engine visibility. While Google claims to index sites without bias, let’s be honest. If that was the case, they wouldn’t have focused on building an author ranking system (ranking not just articles and webpages, but those who write them as well), and the use of +1 counts. I’m not going to say that Google’s cooking the books – I’ll leave that to you to judge.

2. Broadcast visibility. By now, a lot of people have taken a ride on Google’s Hangout tool, which is by far the best videoconferencing tool of any social site. And now that they’ve released Live Hangouts, you practically have your own live talk show, recorded, and open for anyone to watch.

3. Engaging an audience. Multi-person conversations are much easier, communities are more accessible, integrated and easier to promote than LinkedIn groups, and Google+ allows the second largest image size of any of the social sites, the first being Pinterest.

4. Integration with all things Google. If you’re like most people, you’re using one Google product or another. Whether it be an Android phone, a Gmail account or a pay-per-click ad campaign, you’re tethered in some fashion. Google+ takes these products into account, and provides opportunities to help you promote your business further.

By this point, you’re probably asking, “is it lunchtime yet?”. Then, you may be asking, “How can I use G+ without wasting my time?” It’s simple.

1. Re-evaluate your goals. If you have a great social media strategy, you probably know what the goals are for each network you use. You know which content is ideal for Twitter (brief, witty soundbytes and quick links), Facebook (culture and personality), LinkedIn material (professional group discussions), and Google+ (thought leadership, search engine visibility), understanding that they all work to promote your brand.

2. Be the authority in your field. Each firm, regardless of how saturated the industry, is an authority at something. Maybe it’s a law firm that knows real estate tax assessment inside and out. Maybe you’re an architect that specializes in parking garages. Whatever it is, become the expert by sharing thought-provoking content, whether it’s yours or not. Without much effort, you’ll surely find a Google+ Community that you can shine in. And, on the topic of Communities,…

3. Build an inviting community. Communities are groups of common interest that can ignite one-on-one conversations. When setting up your community on G+, build it around a concept, not a brand. People are more eager to get involved in a conversation if they feel like they can contribute. Be general enough to engage a crowd, but limited enough to set the tone for discussion topics.

4. Be patient. As with all things marketing, you have to give new things time before they begin to pay off. Don’t expect immediate returns without spending some time fostering relationships. Like offline relationships, you should expect there to be some time while your potential client or partner is feeling you out. While you continue the conversation, be sure to listen as well as you speak. The more you listen, the more cues you’ll hear that will help you continue the conversation.

Are there any other tips that I haven’t included? Please share!